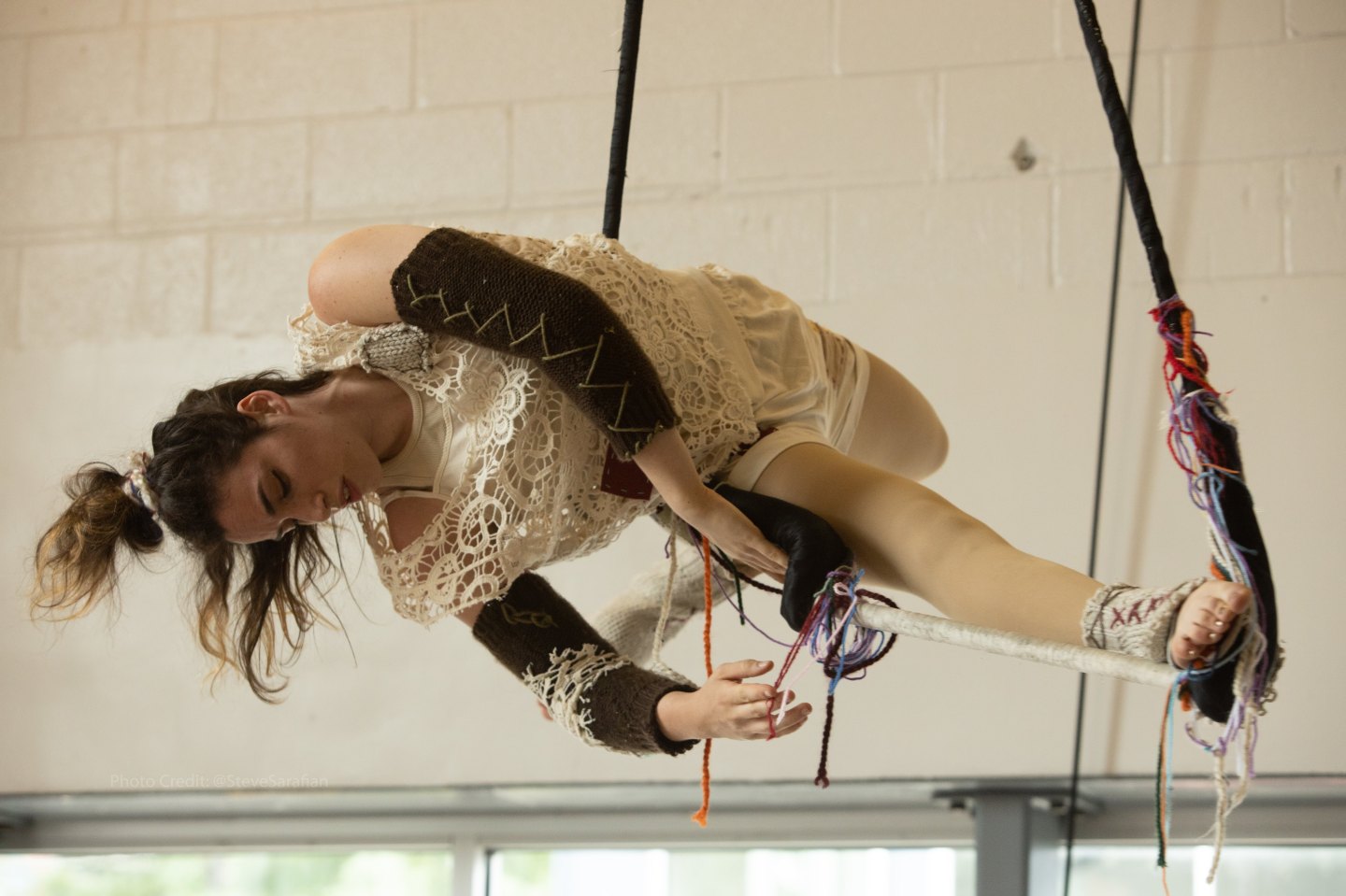 It’s hard to believe that there’s less than a week left of the summer 2019 RagTag tour. It has been an absolutely amazing, exhausting, fulfilling, and rewarding experience.

When our director Jesse Dryden was developing show concepts with the cast, he brought up the motif of “a moth to a flame”. We were originally going to set the show around a campfire, and he suggested the idea of people being drawn to the things that inevitably hurt them.

During creation, cast members brought other ideas to the table, and our show took a life of its own. I held onto that original concept, and developed my trapeze act with the “moth to a flame” notion. Why are we drawn to things that we know will hurt us? Is it the game that inctices us? Is it the adrenaline rush of trying to not get hurt? We all have those vices that lure us in. They look so appealing, but the closer we get to the flame, the easier it is to get hurt.

The show closes with my rope act, which is an ensemble number. I intentionally wrote a group act because I wanted to differentiate myself from other solo aerialists. However, it worked out nicely for my character and the plot of the show, because I see my number as a resolution to the “flame”. With the help and support from my fellow RagTag characters, I am able to see what’s best for my self development. I’m not sure if that means that I don’t go near the flame again, but at least I know that it still exists and that it is dangerous for my character.

I love performing both acts. The trapeze number gives me a vehicle to be vulnerable onstage and perform a more melancholy act. I usually tend to perform more upbeat numbers, so it’s a great challenge for me artistically. And I love performing the rope piece because I get to share what I love with people that I love so dearly. At the end of the day, you want to surround yourself with people that you love- and that’s what the rope act is meant to portray. Love is so powerful and can help guide your inner moth away from the flame.